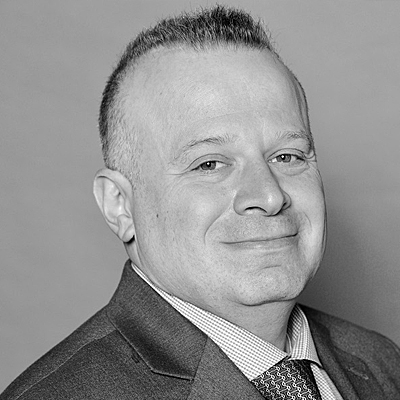 Steve Mikhlin is a Risk Manager at Morgan Stanley. His work is mainly concerned with managing the organization’s cyber, fidelity, fraud, and aviation risks. Prior to joining Morgan Stanley, Steve was the Risk Manager for the Port Authority of NY/NJ, handling its real estate, marine, rail, transportation infrastructure and airport/aviation risks. Before working for the Port Authority, he worked for Marsh & McLennan and as a manager of inside sales for an aviation maintenance and repair company in New Jersey.

Steve’s aviation career began as an aircraft and powerplant technician for Tower Air, before moving on to British Airways as a Line Maintenance Engineer. From there, he joined Matsushita Avionics Corp. serving as a Field Service Technician.

Mr. Mikhlin’s pursuit of aviation began as a child, having always been drawn to airplanes and aviation. From the days of his immigration from the Soviet Union to the United States in 1980, Steve was enamored by the uniforms, formality and respect aviators commanded and the many flight and cabin crew members he met along the way from Moscow to Austria and JFK International Airport.

Upon his arrival to the U.S.A. Steve’s choice to pursue his love of aviation was very clear and he attributes his success and much of what he has accomplished in his life, thus far, to the influence, education and discipline he learned at Aviation High School as a graduate of the Class of 1989. Here, he earned his diploma and FAA Airframe & Powerplant license as well as an FCC General Radiotelephone Operator’s license. He obtained his B.S. from Vaughn College of Aeronautics.

One of Steve’s professional core beliefs lies within his humility and want to work with, and surround himself, with smart and talented people, giving him the added confidence he needs in order to tackle and excel in his profession when the competition calls for it. In addition to his hope for world peace, he treasures a deep appreciation for family, his wife and their two little girls, aged five and eight years old. Following his immigration from Moscow, Steve was raised in Flushing, Queens and now resides in Williston Park, NY.

“My goal is to bring meaningful, lasting, and positive change to Aviation High School, a school that I owe so much to.”