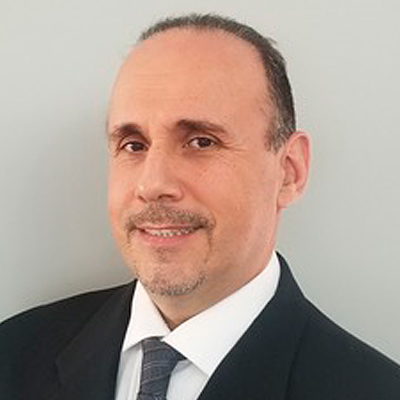 Anthony D’Erasmo is a Maintenance Representative with British Airways where he has been employed for 24 years. His work consists of instructing and supervising mechanics and related personnel in regard to maintenance, overhaul servicing of aircraft, their components and ground equipment. He holds current British Airways authorizations that comply with CAA directives and certifies all company and customer aircraft that he has been trained on, in addition to performing all work required as a mechanic. While receiving training on different aircraft in Europe, one unique aircraft that stands out in his mind during his early days at British Airways is the Concorde.

Prior to joining British Airways, Anthony worked as an Aircraft Maintenance Technician and Supervisor for A.O.G. Sheetmetal Inc. at JFK International Airport and began his career as an Aircraft Technician with Pan American World Airways from 1989 - 1991. Anthony is a Class of 1989 graduate of Aviation High School, where he received his diploma and Airframe & Powerplant Certificate. In 1994 he earned his A.A.S. degree in Mechanical Engineering Technology at Queensborough Community College and went on to obtain a B.S. in finance at St. John’s University while maintaining full-time employment.

Mr. D’Erasmo’s interest in aviation began as a young boy and he has always felt fortunate to pursue it as a student at Aviation High School. As a professional, Anthony’s core belief is to respect his team members while exhibiting confidence and adhering to the highest level of safety and ethics. Anthony enjoys home improvement projects and spending leisure time with his wife, Betty, and their two sons. His goal is to continue his passion of aviation, and to one day travel the world with his wife. Born and raised in Brooklyn, New York, Anthony now lives in Nassau County, Long Island.